Deprecated: str_replace(): Passing null to parameter #2 ($replace) of type array|string is deprecated in /home/deb74751/domains/1000en1boeken.nl/public_html/startpage.class.php on line 357
 Blog 1000en1boeken: everything about paper, bookbinding, news flashes, creative ideas, a bit private and much more...

A new design album!
Lately I received many requests for an album for Polaroid pictures.
So time for a new album!
I had been devising a special design for this fun Polaroid pictures for a while now.

An album that I designed myself and I hope that my design rights will be respected.

Hence this blog post follows rather short after this wedding. I'm allowed to borrow the album from Leonie and Chris John sometime after the wedding so I can show it to you with actual Polaroids inside. 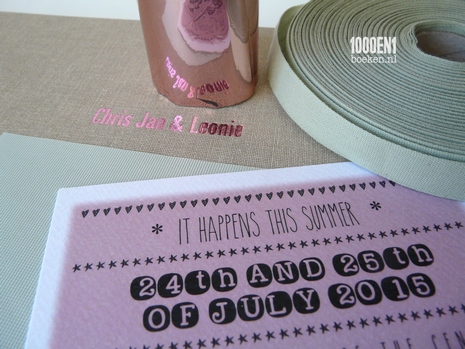 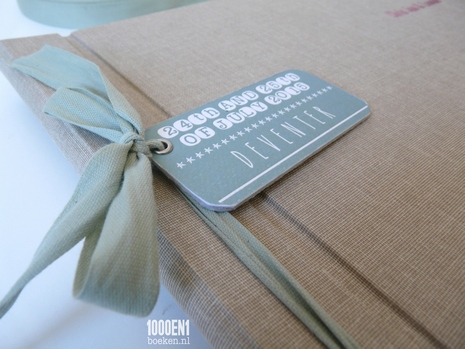 The album consists of nine sets of four sheets. As you can see below, the sheets are not all equally sized and this is devised for a special reason. Ahead of the wedding I often receive the most beautiful designs for reception cards.
After the wedding I get them back to bind them together. It's a big difference once they're written using a pencil, a pen or a felt pen in a wide variety of handwritings ;-)

With this album I wanted to just focus on the Polaroid photos, so at first your eyes are drawn to these Polaroid photos. Of course the guests are allowed to write something in the album as well. This can be done on the left side of the photo under the previous sheet. 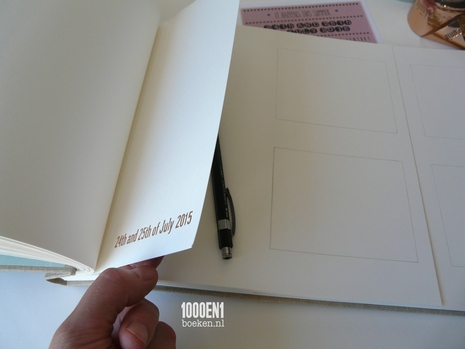 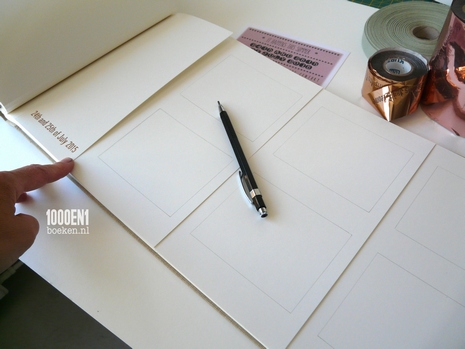 On the smallest sheets I have foilpressed nine times a fragment of the wedding invitation card including the bride's and groom's names, the wedding date, the party venue's name, the place, ♡ and of course the fun pun “are totally tying the knot”. This shortest sheet is not supposed to be written by the guests.
With a thin line I have drawn little frames so guests have an idea of where to stack the pictures. 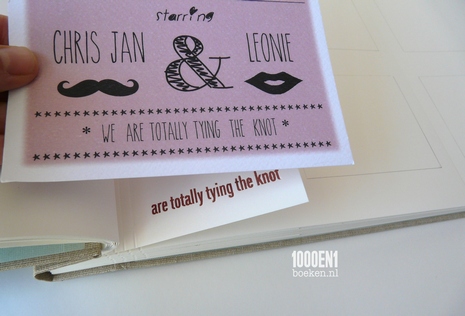 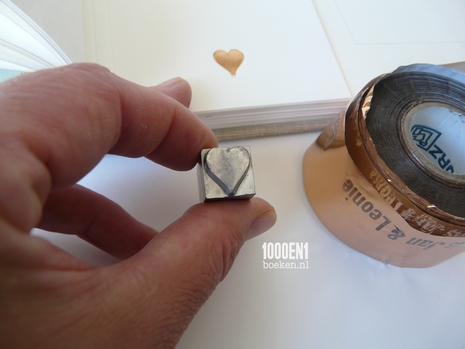 Using the save the date card I made two tags so the couple can choose which tag they want to atttach to the album. 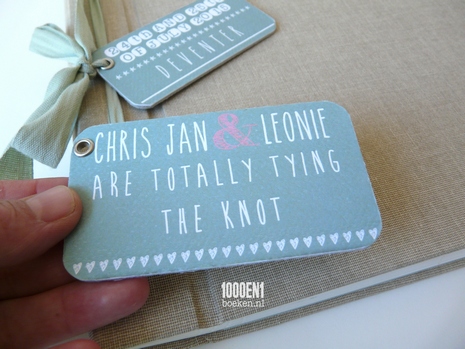 The back of the main sheet has room for wedding photos, e.g. from the wedding photographer. The special construction of the sheets is such to compensate for the thickness of the Polaroids, because you obviously do not want your album to bulge out because of the many photos. 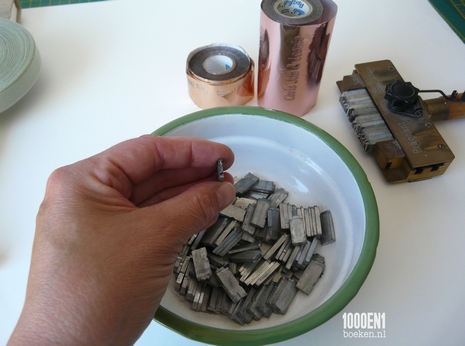 Cleaning up all these lead characters was a bit of a thing this time!
All these letters had formed quite a pile of lead. Fortunately by now I know each storing place in my letter cabinet, but you will understand it took a while to get it done.